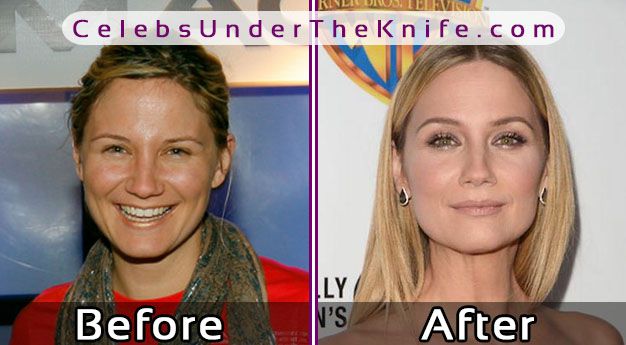 If you don’t listen to American country music, you probably have absolutely no idea who Jennifer Nettles is. But if you’ve landed on this page from Google, it’s likely you already have a fair grasp of who she is and what she does. If that’s you, feel free to skip to the sections below. Otherwise, we’ll give you a brief rundown on Jennifer’s life, but not before bringing up the main topic at hand – whether she’s had plastic surgery or not. And in particular, whether one of those procedures has been a nose job.

Born on September 12, 1974, Jennifer is a wildly famous country music singer, songwriter, and has also dabbled in a bit of acting here and there. By far, though, the majority of her fans know her from her role as the lead singer of Sugarland – a duo between her and Kristian Bush. She wasn’t always part of the duo, however, as she released a fair few singles before they got together in 2003. Arguably, one of her most famous hits has been the country version of Bon Jovi’s – Who Say You Can’t Go Home, which became a Number 1 hit on the Billboard Country Charts. Check out the music video here.

She’s won a huge number of awards, far too many to list them all out. A few of them include Vocal Duo Of The Year multiple times from the Country Music Association Awards and Song of the Year for her 2008 single – Stay. Her awards are consistent and plentiful – the full list can be found on this page.

Alrighty, as much as we’d like to dive even deeper into Jennifer’s life, it’s time to move on. We’re gathered here today to discuss one thing, and one thing only – whether or not she’s had a bit of help over the course of her career with maintaining her appearance. And we’re not talking about the help which you wash off every night before you go to bed, we’re talking about the help where a skilled professional takes a scalpel to your body and modifies it… we’re talking about plastic surgery.

We know you’re eager for a definitive answer on the subject but, unfortunately, that is quite often extremely hard to provide where the person in question (Jennifer) has not released any official statements regarding the plastic surgery rumors. All we can do, and what we’re going to do, is examine a few before and after photos and provide our opinion on the matter.

Before you read on, we highly recommend you check out her social media profiles for her latest photos. She has around 1 million followers at the time of writing on her Facebook page, Twitter feed, and her Instagram account. Of course, we can’t leave out her official website – it houses information on tour dates, merchandise, and her latest news.

Can we add a nose job to the list?

Well – what do you think? From the few before and after photos we’ve put together here, would you be able to confidently tell a fellow searcher an answer to the question if she’s had a nose job or not? Don’t worry – neither could we.

By far, this is one of the toughest transformations we’ve come across. In some photos, it seems extremely obvious there must have been some procedure performed on her nose, but in others, it looks exactly the same! It doesn’t help that it was quite difficult to find photos which were truly similar in nature (e.g. angle, lighting etc.).

With that in mind, you’ve come here with a question, and we’ll be damned if we’re not going to give you an answer before you leave. From our judgments and ‘expertise’ in everything plastic surgery, it’s safe to assume Jennifer has steered far clear of any surgeon’s scalpel for the time being. Meaning no, she hasn’t had a nose job. Another celebrity who’s recently been questioned about her nose and if it’s all natural is Bella Hadid – definitely one people will be remembering in 20 years.

One of the likely reasons many people seem to think she has is simply because her nose seems quite oddly shaped in some photos and various angles, but then in others, it transforms into the perfect button nose Disney loves to place on its characters. So for the moment, Jennifer’s confidence has stood tall and been able to stand up any and all comments directed to her nose – good on her.

Keep in mind, this isn’t an everlasting answer, Jennifer could change her mind in the near future, which would force us to come back and revamp this section. Dr. Renato Calabria (a Beverly Hills plastic surgeon) believes around 40% of young actors and celebrities aged between 25 and 35 have already had some form of plastic surgery. With those numbers increasing to nearly 100% once they’ve passed the 40-year-old milestone. Don’t believe us? Check out this article. 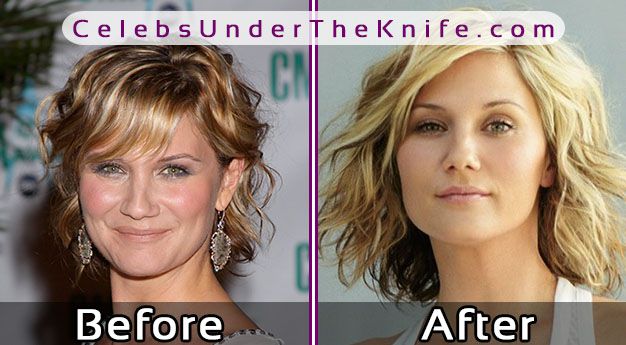 Any other plastic surgery?

Sorry to break your heart, but there’s just no other evidence pointing to the fact Jennifer has received any other type of cosmetic procedure. Although in these modern 2017 days, some procedures have become so advanced and revolutionary, they can be extremely hard to detect from pictures when done properly by a trained professional.

Take botox for example. Not only is it being used to treat wrinkles which are already present, but celebrities and us ‘normals’ are now injecting ourselves with the substance to prevent any wrinkles or crow’s feet from forming. Meaning one of your best friends could have actually had botox, without you ever even realizing.

However, with Jennifer staying strong and abstaining from a nose job (the one procedure which many probably thought she was definitely going to have), we’re pretty confident she’s going to shy away from any botox treatments as well.

Even with botox still being a relatively new procedure (having only been approved for cosmetic use in 2002 by the FDA), already more than 11 million Americans have been injected. Botox works by temporarily paralyzing facial movements around the area injected, allowing the muscle to relax and erase and wrinkles. If you’re interested in further reading, we’d highly recommend checking out this article on why more and more young women are considering the inexpensive procedure.

And if you’re looking for someone who most definitely regrets their botox treatments, look no further than Joan Van Ark.

A 10-year journey with Jennifer

She’s only been in the limelight for a short period, but let us tell you, it’s been a bloody adventurous one. Follow along as we see just how much she’s changed over the past 10 years.

A couple of years after the start of her career, yet to hit the real big time. 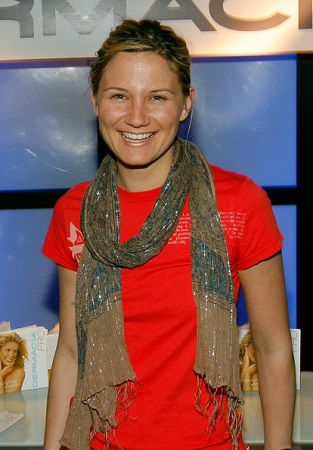 Still look as good as ever. The first picture shows her at the CNN Heroes event, and the second is at the ’10 Grammy Awards. 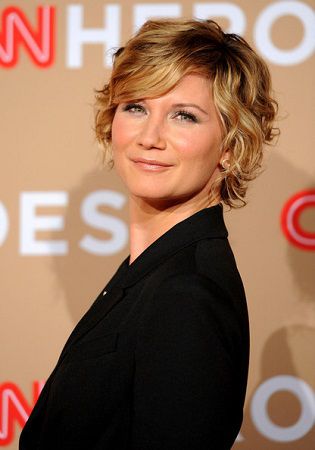 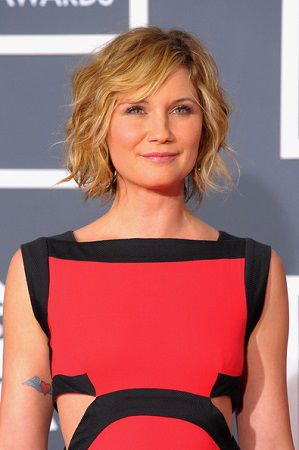 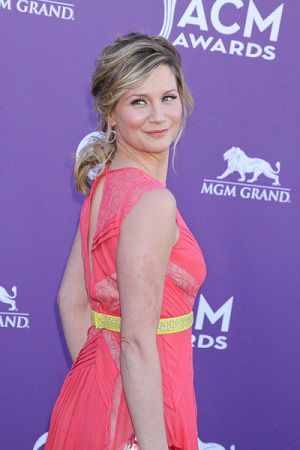 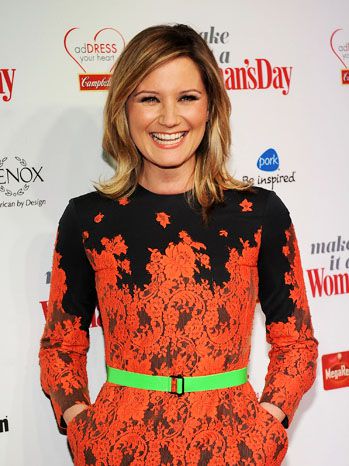 She’s been letting her hair grow out a little longer here! The second pic is definitely one of the photos many people have been using as an example of a potential nose job. 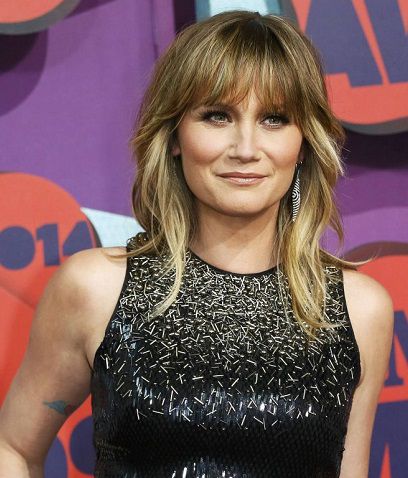 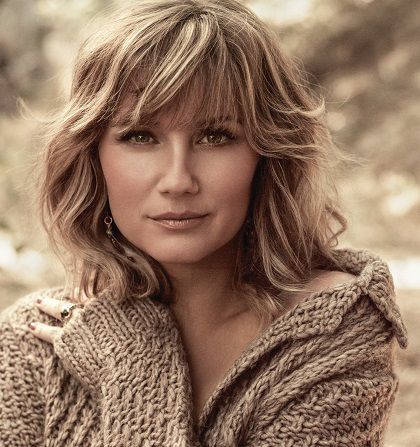 If you can tell, she’s wearing that awesome white and silver outfit at the American Country Countdown Awards. 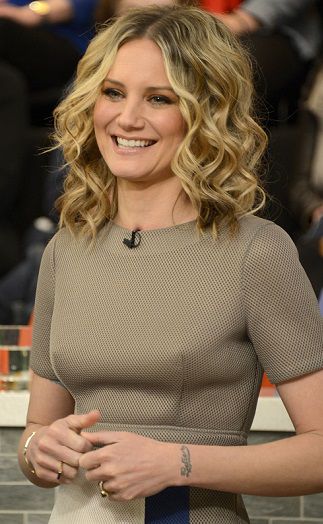 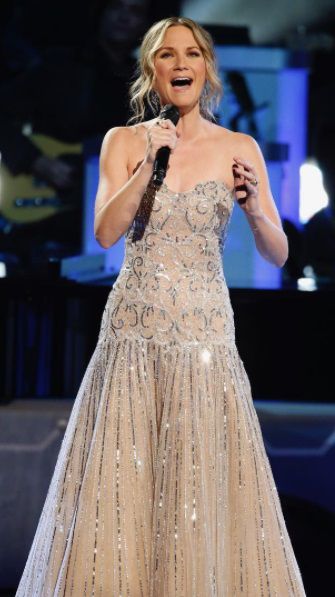 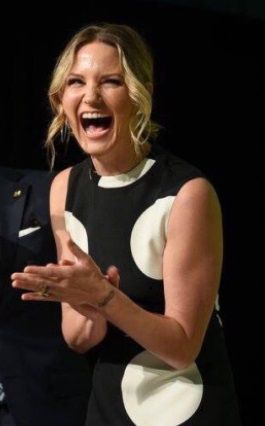 Has Jennifer Nettles Had Plastic Surgery?

Do you believe Jennifer Nettles has received plastic surgery? Let us know in the comments!