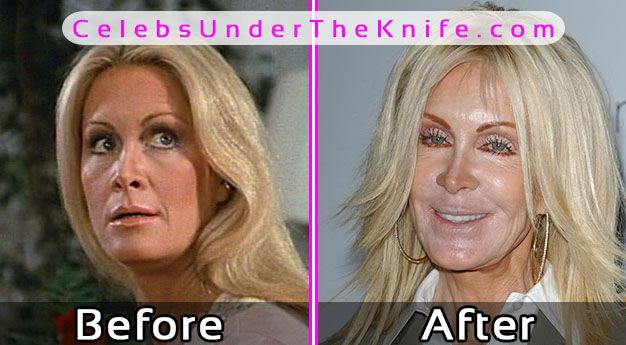 Joan Van Ark has come a damn long way since beginning her acting career in 1966. She’s best known for her role on Knots Landing (1979 – 1993) where she played Velene Ewing. She won multiple Best Actress awards for this role in 1986 and 1989.

With such a long career in acting, the pressure of the industry has definitely taken it’s toll on Joan, forcing her to maintain her looks unnaturally. As you can clearly see from the before and after pictures above and below, Joan has gone under the knife multiple times for plastic surgery.

Clear indications of botox injections, as well as fillers in her lips and a slight reduction in her nose width, can be observed. As Joan continues her battle against the natural aging process, we can only wonder if she will ever stop.

Will she take her surgery to the next level and end up in one of our plastic surgery disasters gone wrong lists? We hope not! But you really never can tell. 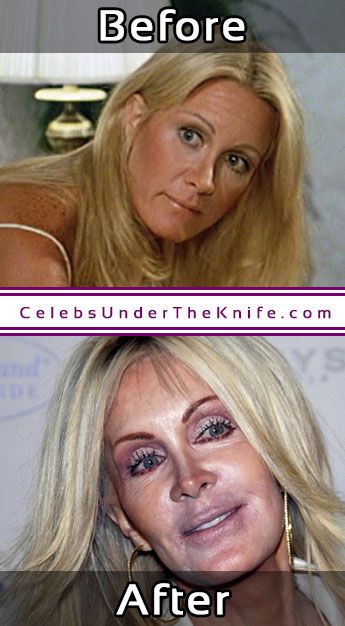 What do YOU THINK? Let us know in the comments below whether you approve of the before and after photos of Joan Van Ark above!