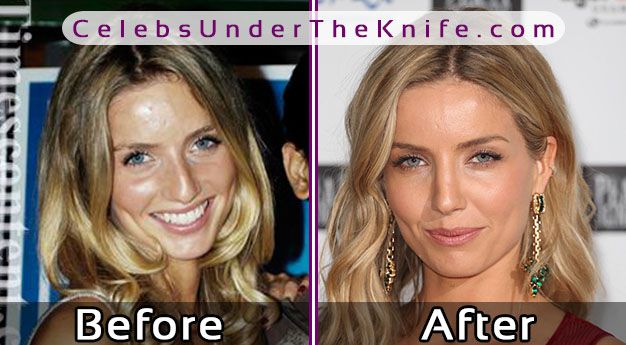 Rising the ranks quickly in the Hollywood industry is one Annabelle Wallis. Over the past 5 years or so she’s starred in more than a few worldwide hits across both TV and on the big screens. Likely the reason why you’ve landed on this page! Of course, as much as we’re here to talk about how famous she is, we’d rather focus on something else – plastic surgery. Indeed, there’s one part about Annabelle which just doesn’t seem all that natural. Can you guess what it is? Her nose!

Before we compare some photos, let’s learn a little bit more about Annabelle and who she is. Born on September 25th, 1984, in Oxford, England, she spent most of her childhood growing up in Portugal. She also has one of the shortest Wikipedia pages we’ve ever seen! But we’re sure that’s going to change quite soon. There’s no mention of who her parents were, only that she had one uncle – Richard Harris. Although she’s been in the acting industry since 2005, her first major break came when she landed a role in The Tudors (2009-2010).

If you’re wondering what the heck is The Tudors, don’t worry, we were too. A few of the more international roles she’s known for include her time as Grace Burgess in the English gangster TV series – Peaky Blinders (2013-2016) (check out this interview about her time on Peaky Blinders) or when she starred in the 2014 horror movie – Annabelle. She’s shown no signs of stopping yet, either, with two huge blockbuster hits set for release in 2017. Including King Arthur: Legend of the Sword and The Mummy. Both of which we’re sure many of you will be seeing. And another chance to check out the plastic surgery rumors up close and personal again!

Speaking of rumors, shall we get to what we know you’ve all been waiting for? Yep! We know why you’re here – her nose just doesn’t flow all that naturally with the rest of her face. This is usually a clear indication it’s had some man-made alterations done to it along the way.  Nose jobs are easily one of the most popular cosmetic procedures in the 21st century, especially for those in the acting industry.

If you’re interested in checking out some of Annabelle’s most recent photos, we’d recommend you head to her Instagram account of her Twitter feed.  At the time of writing, she has a total of around 110,000 followers, which we’re sure is going to more than triple before the end of the year. We’ll keep you posted.

Let’s start with the obvious – her nose job

Why do we say it’s obvious because from the research we’ve conducted, thousands of people each month search the exact phrase – “Annabelle Wallis nose job”. That’s why! And we’re pretty certain this will be increasing over the next year with the two huge movies coming out. Not to mention when the 4th season of Peaky Blinders gets released.

We check out some stats, and according to the British Association of Aesthetic Plastic Surgeons (BAAPS), the total number of rhinoplasty procedures actually fell a huge 14% across the board over 2016. With a total drop in all cosmetic procedures at a massive 40% – unseen numbers for the plastic surgery world. Definitely an extremely odd contrast to the rest of the world, who all continue to see increases in the total number of procedures. Feel free to check out this press release if you’re interested in seeing the full numbers.

Back on topic, Annabelle and her nose – has it remained natural? Highly unlikely. Take one look at the before and after pictures around the page, and then scroll down to see some photos of her nose back in 2006 and watch it transform into something it wasn’t over the coming years. Her nose had a far wider structure before the operation and featured a distinct kink in the bridge right near the middle.

Switch your all-seeing eyes to the after photos, and what are you greeted with? A clean, neat, and near perfect nose. The wide bridge has miraculously disappeared, the nostril flare can also be seen to have decreased in size dramatically, and the curvature of the bridge has been rectified. All clear signs of one thing – a nose job. From the transformation, we can see it likely happened around the 2007-2009 years.

Unfortunately, we were unable to find any official statements from Annabelle herself regarding any cosmetic procedures, likely because most of the world has only known her with the plastic surgery already having been completed. Alas, some people, like yourself, are starting to awake to the fact her new nose actually looks quite odd, and are starting to wonder if it was indeed hers since the beginning.

Our conclusion – she’s had a nose job. And it is just our conclusion – we aren’t experts, but we have seen quite a few over our time. You’re more than welcome to form your own conclusion – if you do, we’d love to hear it in the comments below!

Before we move on to the next section – be sure to check out our section of celebrity nose jobs to see how Annabelle’s compares with some of the best, and some of the worst!

Unlikely. Judging from the range of before and after photos, we’ve put together, and Annabelle’s 10-year transformation which we’re sure you’re going to enjoy quite soon, everything else pretty much looks the same.

We can almost definitely rule out any thoughts of breast enhancements and lip injections – there are just no changes in either of these throughout her short career so far. Of course, we can’t rule them out indefinitely, though. No one knows what the future holds – not even us!

One procedure which can be extremely hard to detect if done correctly is botox. Not only are wrinkles and crow’s feet being wiped off the map with botox after they’ve been spotted, but doctors and the like have recently started using these injections to actually prevent them before they even occur. Usually, this is a popular treatment for A-list celebrities in the 20-35 age bracket.

With Annabelle born in 1984, making her 33 years old in 2017 – she’s in the perfect range to be considered for these types of injections. And they’re incredibly cheap as well! The NHS states botulinum toxin injections only costs between £150-£350 per session.

All up – the only plastic surgery which Annabelle seems to have gotten is a nose job. No chin lifts, no cheek implants, no jaw re-structures, no nothing. Of course, you’re more than welcome to form your own opinion, as this one is just ours. If you believe she has indeed gone under the knife for a few more operations – let us know in the comments below!

P.S. If you want to see someone who’s had some of the most obvious lip injections we’ve ever seen, look no further than Gwen Stefani.

Alrighty – we can lay all the other plastic surgery rumors to rest, except for the nose job of course. Keep in mind, though, a common proverb amongst the surgeon inner circles is that nose jobs are the gateway procedure. Meaning there is a far higher chance of the person going on to get more surgery after the initial nose job.

With Annabelle’s career looking like it’s about to hit one of the high peaks in the graph, who knows what the pressures of the whole world looking at, and examining, your face will make you do.

Let’s just hope she’s strong enough to realize she’s actually damn beautiful the way she is right now. Even though some of you might think she’s fallen victim to the genetic disease – resting bitch face. We’ll just have to look past that for now.

Hi! And welcome. Welcome to 10 years with Annabelle. We’ve put together a few photos of her from the start of her acting career in 2006 to the present day. Enjoy!

Back in 2006, Annabelle was cast in one of her first roles in the movie True True Lie. She played a character called Paige. 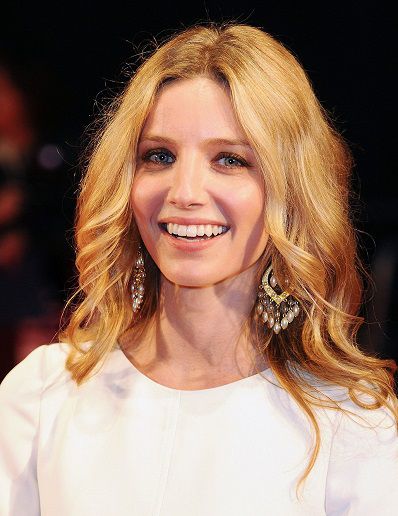 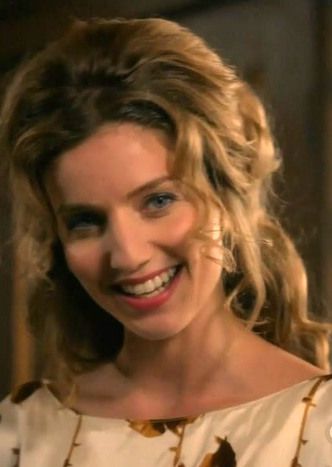 Jumping forward three years will bring her to her time in the TV series – The Tudors. It was quite the show, winning 49 awards, and being nominated for another 76. Annabelle played one Jane Seymour. 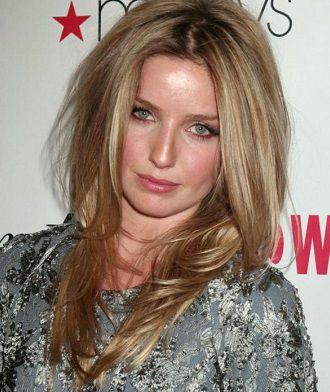 The only image where she’s could be said to be wearing a slightly revealing outfit – she’s quite humble this one. The shot was taken from the movie The Lost Future.

On of our personal favorite shots of her – playing Bridget Pierce in Pan Am. Check out the show on IMDB here. 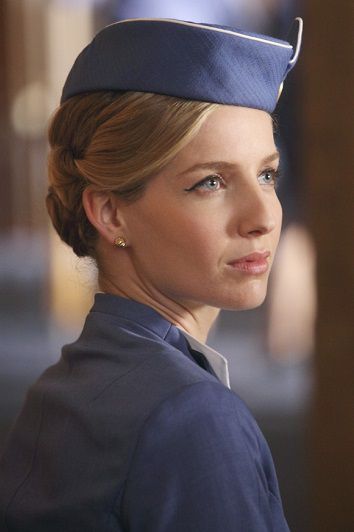 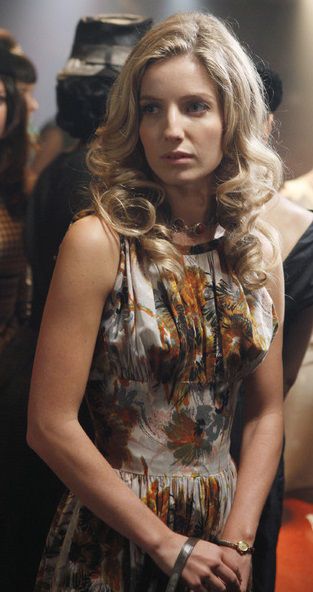 We didn’t see it, but we hear it’s good. The 2014 horror movie in which Annabelle played a character called Mia in a movie called Annabelle. We know, confusing. 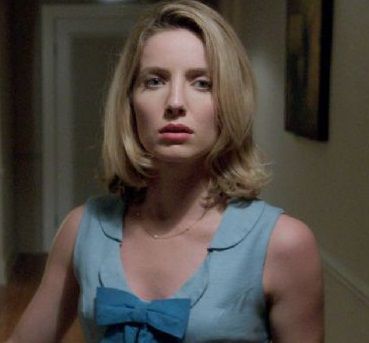 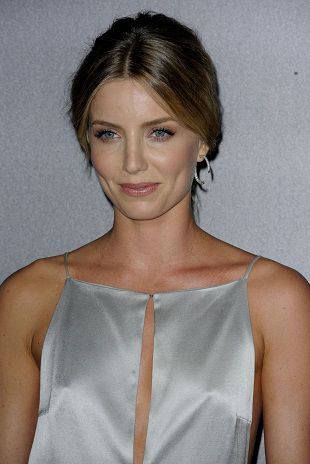 Ah, moving onwards to Peaky Blinders. We’re inclined to believe this was the show which pushed her to the screens of millions of people around the world. And likely on of the reasons you’re visiting us today! 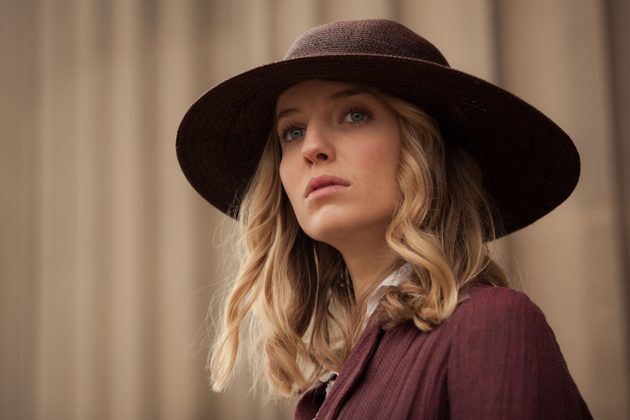 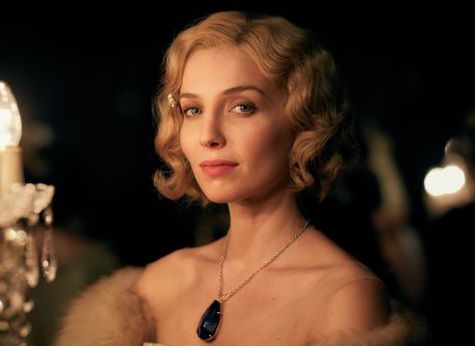 You can tell – she knows she’s made it here. Both photos were taken from various media events and award ceremonies in 2016. The first photo is one of the best in terms of the angle on her nose, we can clearly see the difference from 2006 to here. 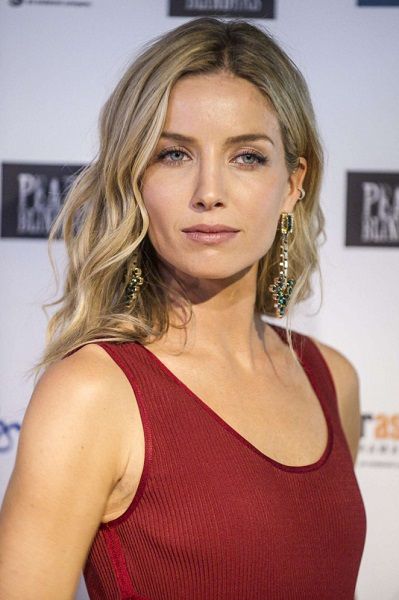 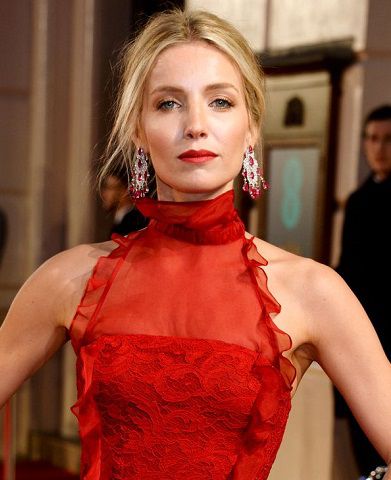 Today. One shot from The Mummy and another from her Instagram page. Five points to Slytherin if you can guess which one belongs to which! 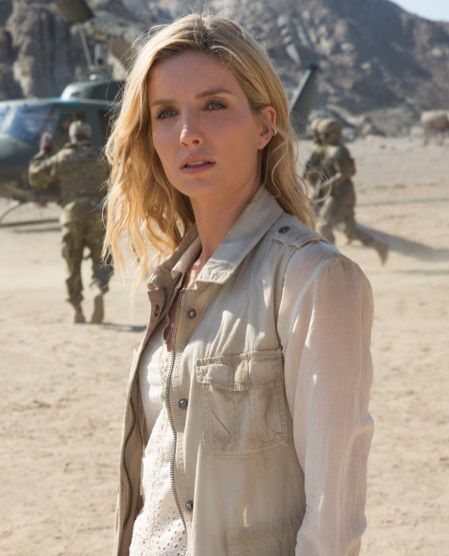 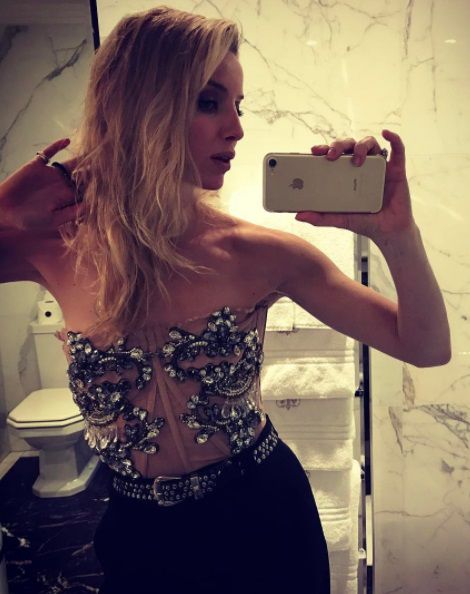 Has Annabelle Wallis Had Plastic Surgery?

She sure has! But we want to know what you think about it – let us know in the comments below.