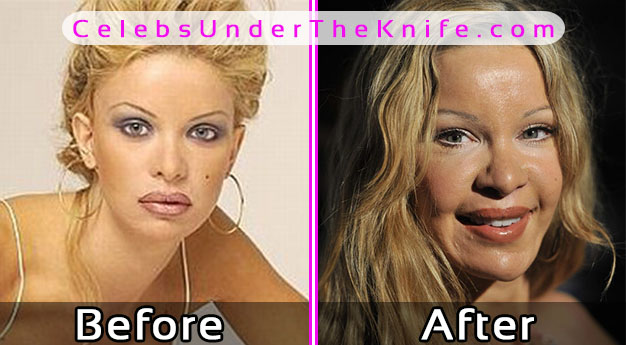 Alicia Douvall is a beautiful English model and TV personality. She has been one of the press’s top picks of celebrities who have undergone a wide range of plastic surgeries to change their physical appearance.

Admittedly, Alicia doesn’t look too young but 41 years old? That sounds a bit farfetched but thanks to her surgeries, she has managed to look relatively younger. She has admitted to having had 16 surgeries since her modeling career started.

Breast implants are crystal clear in her photos. While the procedure is pretty common among famous stars, you should always hunt for a reputable surgeon to do the work even if for a relatively higher price.

Alicia’s nose used to be pretty wide but looks visibly different now. Despite having gone through so many surgeries and backlash from the press, the model’s career doesn’t look to be stopping anytime soon.

Has Alicia Douvall Had Plastic Surgery?

BY HER ADMITTANCE SHE HAS! Do you think she’s made the right choice? TELL US IN THE COMMENTS.