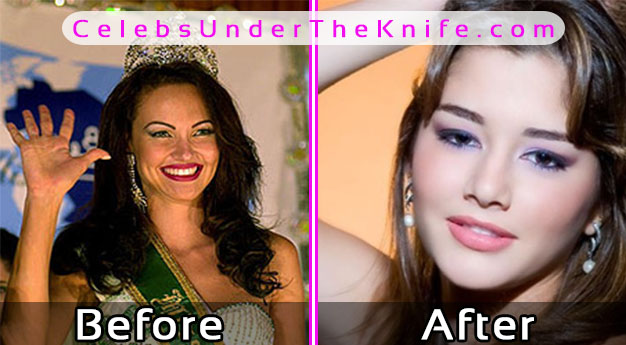 Those of you who watched the 2001 Miss Universe contest will recognize this Brazilian model who gave the other women a run for their money. It turns out that Juliana had plastic surgery more times than we could have imagined.

Borges admitted to having had 19 surgeries done on her and even this resulted in a long debate about how this affected her standing in the contest, Juliana did not mind because she said she went for surgery because it was her decision to.

The before and after surgery pictures point towards a nose job. Her nose is clearly smaller and this procedure is fairly common so it doesn’t surprise us that the model underwent surgery to perfect her nose.

Botox injections help the skin when it begins to lose its elasticity with age. The injections also remove wrinkles, age lines and crow’s feet. Although it’s been more than a decade since the contest, Juliana Borges still looks very beautiful.

Has Juliana Borges Had Plastic Surgery?

YES SILLY! SHE ADMITTED IT!!! But what do you think of the photos? WAS IT WORTH IT?