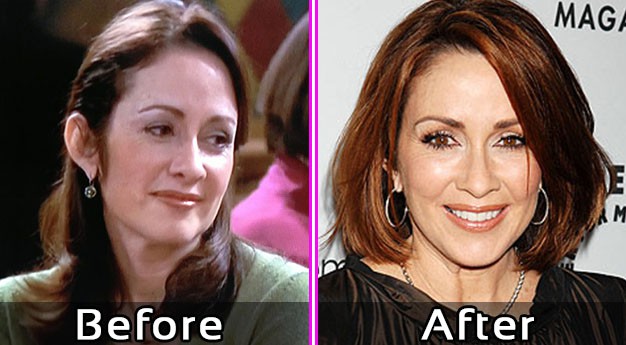 Ever since casting as Debra in Everybody Loves Raymond, American actress Patricia Heaton has proved herself on the TV screen. Now that Heaton is also a star on The Middle, one has to wonder how the star maintains her looks. Has it been by going under the knife?

It is truly hard to believe that the actress is 58 years old. Many fans were put off by Heaton’s interview with People Magazine about her plastic surgery. Looks like having four children left the actress fairly self-conscious.

According to the interview, Heaton isn’t a stranger to medical surgeries, having undergone a breast implant procedure and tummy tuck purely for vanity. Given this reasoning, it’s even more surprising to know that the actress later got a breast reduction.

We can easily conclude that Heaton also got a chin and nose job. Her nose is now straighter and narrower than before and we wonder how many surgeons she has been to.

Has Patricia Heaton Had Plastic Surgery?

We want to know WHAT YOU THINK! If you believe Patricia Heaton’s gone under the knife – POST A COMMENT!