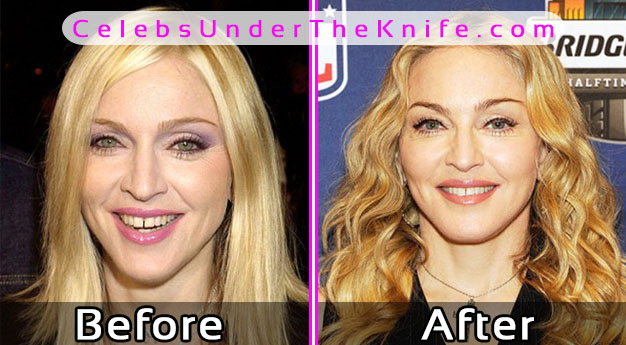 Madonna Louise Ciccone is one of the biggest American superstars who rocked the music industry for over two decades. What’s even more shocking is that she looks ridiculously young; she is actually 58 years old!

So what’s her secret to looking this young and energetic? We suspect plastic surgery at play here. What do you think the superstar would want to change about herself? Judging by her before and after pictures, Madonna opted for a nose and neck job.

You can tell that her wrinkles and age lines have been removed since these are almost too common in people over 50. The surgeon looks to have taken care of Madonna’s sagging skin around the neck and given her a proper neck lift.

Although the celebrity has always been beautiful, she looks even more impressive with that nose job. We don’t think there was anything wrong with her nose to begin with but if surgery helped boost Madonna’s confidence, we are behind her!

Has Madonna Had Plastic Surgery?

OK. YOU’VE SEEN THE PICTURES. But do you BELIEVE THEM? Tell us in the comments whether you think Madonna has gone under the knife.