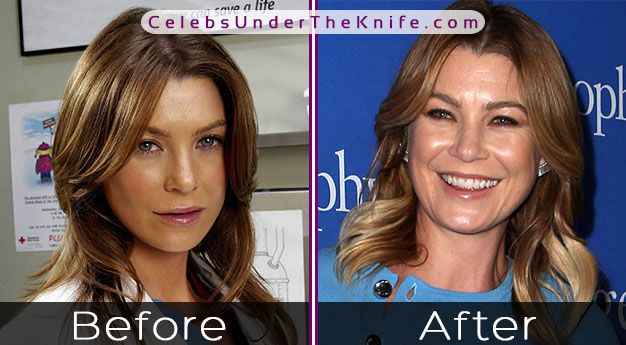 Ellen Pompeo may just be one of the world’s most recognizable doctors (TV doctor that is) behind House and Scrubs, of course. What makes Ellen so famous? Sure, a large portion of her fame comes directly from her acting talents, but we know by you simply visiting this page, we think it’s more than that as well. We think her looks have played a crucial role in her worldwide success. And now we think many of you think she’s gone under the knife for some plastic surgery to help her out.

Before we get into any possible surgery rumors, though, let’s take an extremely brief look at how Ellen got to where she is today. Born on November 10, 1969, she grew up in Massachusetts and soon moved to New York City at the age of 26 (1995) to pursue a career in acting. Within a year she was cast in her first advertisement for L’Oreal and made her screen debut with Law & Order in 1996.

Sure, her career was cruising along steadily over the next 10 years, but one role was to change her life forever. And that role was for Dr. Meredith Grey in the now 13-season long TV series, Grey’s Anatomy. For those who aren’t aware of the show, it’s been nominated for 204 awards, won another 67 of which 2 were for Golden Globes. You could say it’s pretty good.

Quite ironic with Ellen playing a surgical intern in a TV show, whilst were wondering if she herself has paid a few visits to a surgeon in real life! Getting back to it – Ellen + plastic surgery, are they a match come true? Or are people simply blowing smoke in the air simply to create gossip? Let’s find out.

Before we dive deep into the answer, feel free her Instagram account and her Twitter feed (she has around 5 million followers). Plenty of pics and info to keep up with!

First up – has she had a nose job?

Before we let you in on our expert opinion, what do you think? Take a look through all of the before and after photos we’ve put together – do you think there are any clear signs of rhinoplasty? It is one of the most common cosmetic procedures in the world at the moment. And it’s becoming more and more socially acceptable to rid yourself of any defects by simply going under the knife.

Take a look at these stats released by the American Academy of Facial Plastic and Reconstructive Surgery (AAFPRS). A quote summing the state of nose job perfectly:

Alrighty – here’s what we think. To us, there seems to be absolutely no evidence whatsoever that Ellen has opted for a nose job. In each photo, both on the before side and the after side, her nose retains the same overall structure, nostril size, and the curvature of the bridge and base seems to be identical.

Remember, these photos are comparing Ellen many years apart, so if there was to have been a nose job thrown in sometime in between, we’d definitely pick it up.

Compare Ellen to someone like the Peaky Blinders star, Annabelle Wallis (who we’re 96.7% certain has had a nose job). The change in Annabelle’s nose shows clear signs of unnatural changes in her nose compared to the slight imperfections shown here today in Ellen’s nose. Even if we were to get an industry opinion (a surgeon who actually does the procedure), we’re pretty confident they would agree with our opinion here today.

Of course, it’s just that – our opinion. And we’re more than welcoming for you to form your own. On one condition – if you agree or disagree – we want to hear about it in the comments below! Do you think Ellen’s had a nose job? Tell us! 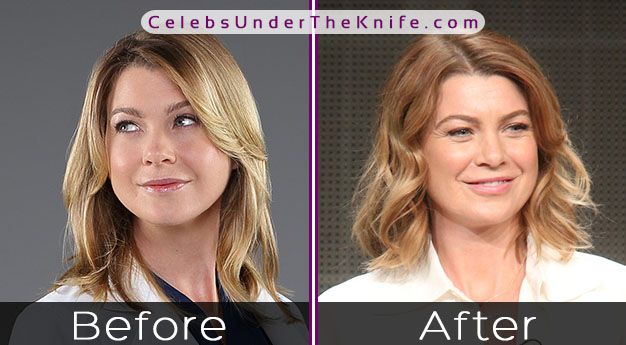 How about any other procedures?

We’re talking things like breast enhancements, lip injections, face lifts, maybe a few tummy tucks here and there, or even some Botox to help smooth out those wrinkles starting to appear. Say each of them out load, then take a look at Ellen’s pictures, and then…tell us your opinion! Does it look like she’s had any of them from what you can tell? There’s a comment box waiting for you further down.

Now, before you eagerly scroll down and get typing, we have a couple of quotes for you straight from Ellen herself. First, she has openly admitted she knows she is aging, but she also accepts (which everyone should), that all of these changes are 100% completely natural – everyone ages. Even if you get plastic surgery to cover it up or hide it, you’re still aging.

Watching myself age on TV is miserable. To be honest, it’s the toughest part of my job. But as uncomfortable as watching myself age is, I don’t think focusing on physical beauty is necessarily the best thing for your mind. It’s a natural thing that we all do, but I don’t think it’s the healthiest thing. The older you get, the more you realize life isn’t about your looks. Everyone ages, and it’s OK.

This was all stated in an interview with PEOPLE magazine. Check out the full version here. Before you click it though, we’d recommend reading what she said below regarding all the plastic surgery rumors about her over the years (and putting them all to rest).

Of course, people change, and people values and attitudes change with them. Just because she stated she’s previously steered away from the surgery route, doesn’t mean it’s going to stay like that in the future. Even so, we think she’d had to undergo a massive change for her to change her mind.

Just look at her! Her natural beauty is through the charts, and the few wrinkles here and there only add to the beauty (at least we think so). Why on earth would she need plastic surgery?!

Another celebrity walking dangerously along the surgery fence is the GAME OF THRONES star Emilia Clarke (Queen of Dragons). Some think she has, some think she hasn’t – check her out and let us know what YOU think.

We’re boarding a plane today which is going to take us back to 1999 and then flying through time taking a look at Ellen in some of the major points in her life. Watch as her career progresses, and how acting in the Hollywood industry has changed her physical appearance. For better or worse? Let us know!

We’re taking you back, way back past the beginning of this century! See Ellen in her first ever credited role where the played a character with no name (an extra), simply titled the ‘Upset Girl’ in the movie Coming Soon (1999). 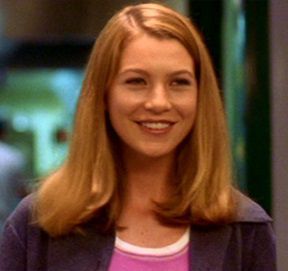 Here we see Ellen star in one of our favorite movies, and arguably one of the greatest of all time – Catch Me If You Can (2002). 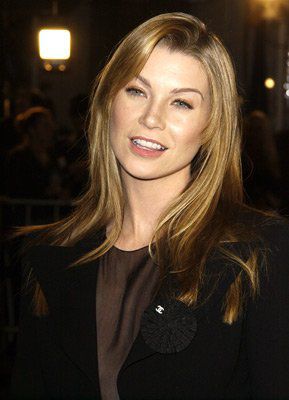 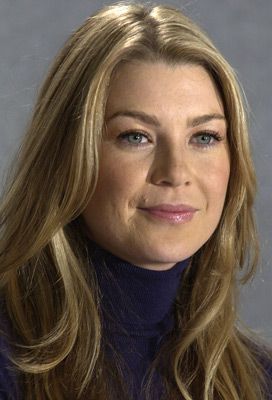 2004 roles around and Ellen somehow managed to score a guest appearance on one of the most famous TV shows of all time – Friends. 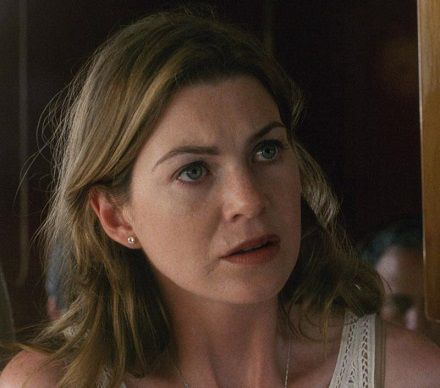 2 years have now passed since the pilot episode of Grey’s Anatomy. 2007 and 2006 may be two of Ellen’s biggest acting years – she won 5 awards and was nominted for another 6. Incredible stuff. 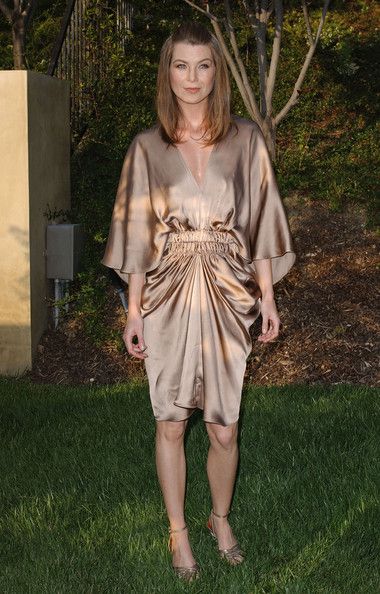 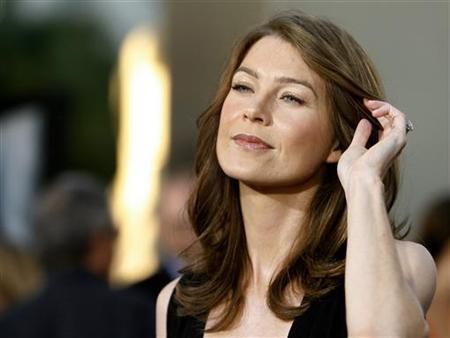 Grey’s Anatomy has now become so successful, Ellen has decided to solely focus on the show, cutting out all other roles and appearances. From 2005 to 2015, the only acting she’s been credited for was her time in Grey’s Anatomy. 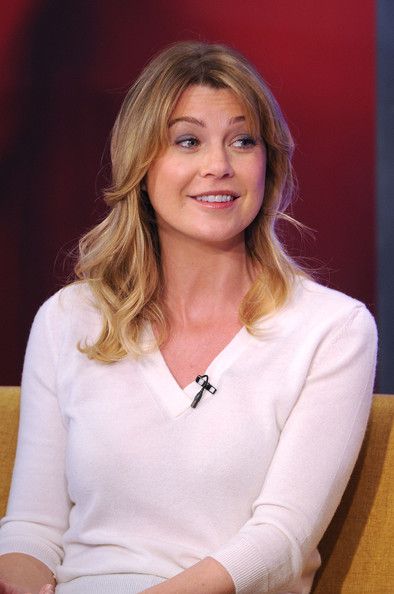 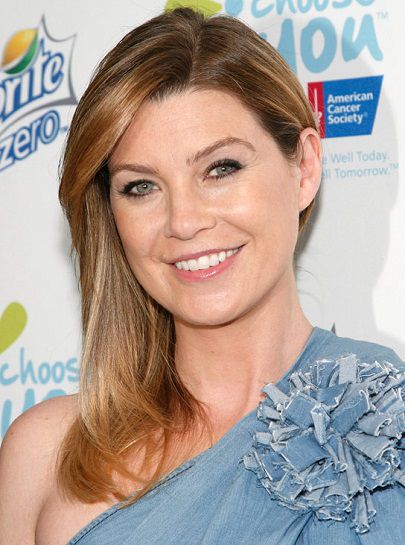 Still – only acting in Grey’s Anatomy at the moment. The first photo below is Ellen at the 2013 Emmy’s, followed by a shot of her sporting a gorgeous black gown whilst attending the Museum of Contemporary Art Gala. 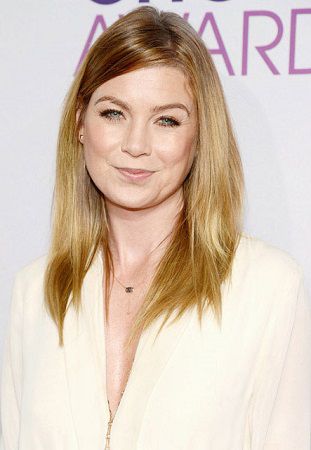 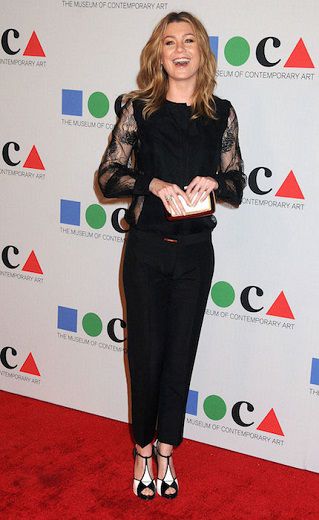 2 years later and some photographers witnessed Ellen at ABC Upfront as well as the People’s Choice Awards (second photo). 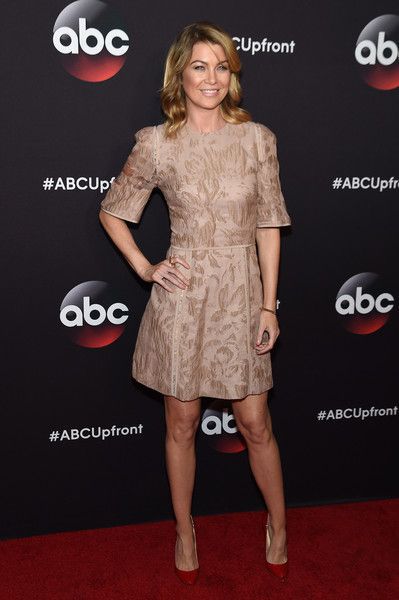 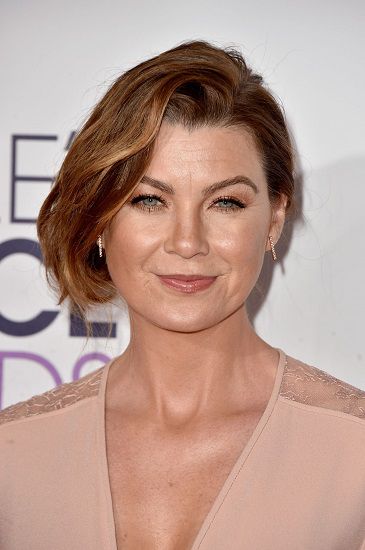 And here we see Ellen in the present day. Grey’s Anatomy is now in its 13th season, making it one of the longest running shows of all time. You’ll notice in the first photo the signs of aging are clearly visible across her face, whilst in the second they seem to have magically disappeared.

These types of photos are usually used to confirm if a celebrity has had plastic surgery or not. However, common sense should kick in and let us know the angles are completely different as well as the overall lighting and direction of the photo. Making them incomparable. 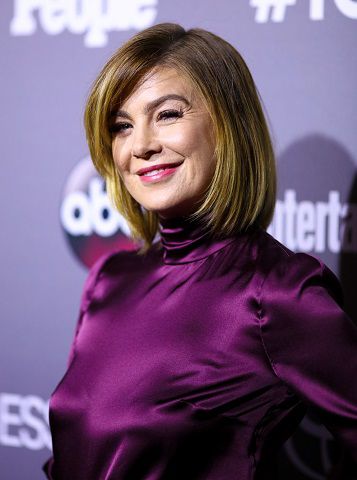 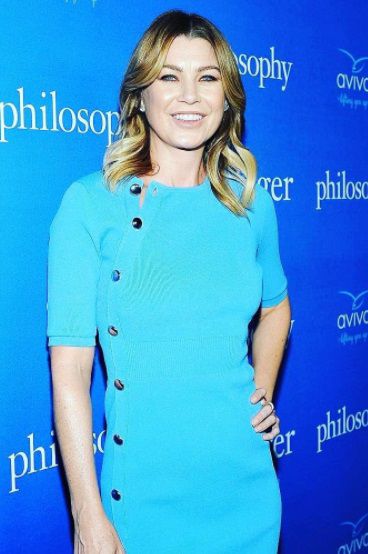 Has Ellen Pompeo Had Plastic Surgery?

Well? Has she?! Let us know in the comments below if you think the Grey’s Anatomy star has recently gone under the knife.