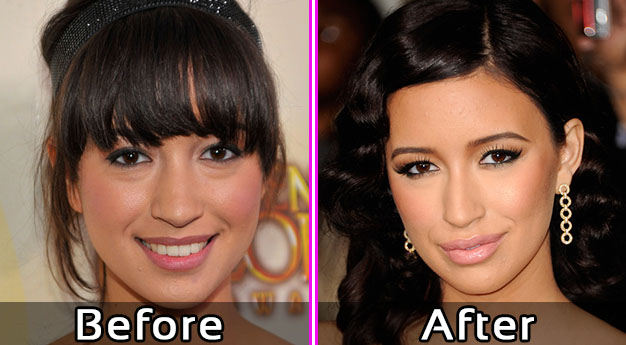 OMG! OMG! OMG! Christian Serratos – the sexy as hell American with Mexican and Italian heritage who shot to the top of the A-list Hollywood celebrities after starting on AMC’s absolute hit of a show – The Walking Dead.

But have you noticed anything at all? If you were paying close attention, you may have asked yourself the question – Has Christian Serratos received plastic surgery on her lips?

She’s come so far from the Ford Modelling deal she struck at the extremely young age of 7. From there, she has starred in many films including the Twilight Saga as Angela Weber, Pop Star as Roxie Santos, and in Flight 7500 as Raquel Mendoza.

With all those eyes on her across the screens around the world, maybe Christian Serratos got a bit too tempted and opted to dive under the knife for a bit of plastic surgery. We’ll let you decide for yourselves.

Do You Think Christian Serratos Has Received Plastic Surgery?

What do you think? Do the before and after photos above of her lips tell the classic story of lip injections? Or is her pout just skewing the photo?

WE WANT TO HEAR YOUR OPINIONS! Let us know in the comments below.