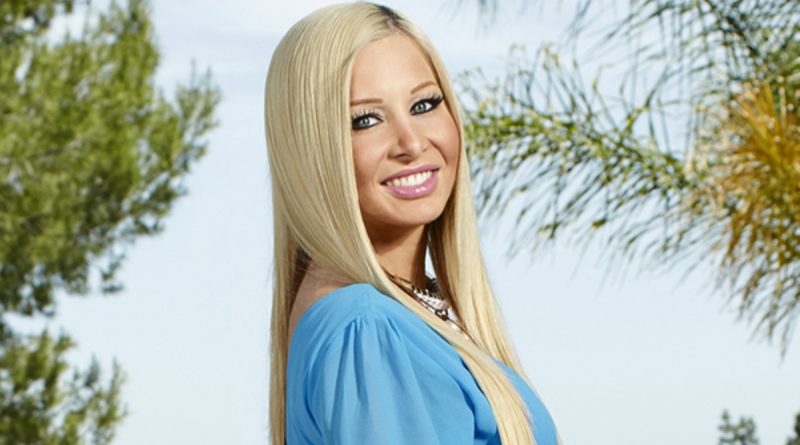 Sarah Oliver has become worldwide famous due to her appearance on the TV show – Bad Girls Club – but also due to her near perfect bum. Landing her the nickname in the show – The Bootylicious Blondie.

It does beg the question, however – Has Sarah Oliver had plastic surgery on her bum?

Before we check out a few of the facts – here’s a bit more about her. Sarah has ranged far and wide in career choices – starting out in modeling, then moving on to acting and even flipping houses in the real estate industry. Currently, she’s CEO of her own company – SO Enterprises.

She has over 418,000 followers on her Instagram account where she regularly posts updates. Including topless selfies, tight dresses, photoshoots, cosplay shoots and a range of memes.

If you’d like to book her for your own event – you can even head to her personal website and contact her directly! What better way to see if Sarah Oliver has had plastic surgery than to inspect her bum in person?!

Be careful, though, if you head to her Wiki page on Bad Girls Club, you’ll find that Sarah has been in 9 separate fights over the show’s seasons. Leading her to be known for her high-maintenance personality, and an extremely short fuse before she goes off!

Do You Think Sarah Oliver Has Had Plastic Surgery?

So – the big question – do you believe she’s had surgery on her bum? In particular, do you think she’s received some sort of bum lift in order to reduce the sagginess and improve the overall rounded look?

There were some speculations about cosmetic procedures as well, namely a butt-lift. There was a report that Sarah recommended the greatest butt-lift services to her pal. Additionally, some people claim that her butt had expanded in her Instagram posts. None of it had been confirmed by Sarah herself.

Let us know in the comments below whether you believe Sarah’s bum has had a lift or not!