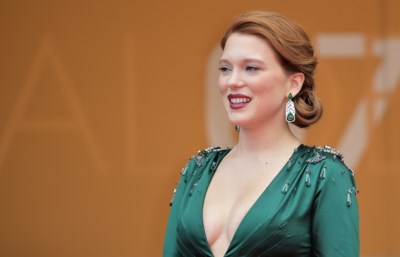 Lea Seydoux’s body statistics and plastic surgery facts are all here! Check out her height, body measurements, weight, shoe size, and whether she has undergone cosmetic surgery!

Lea was born on July 1st, 1985 in Paris, France. Although having a strict Protestant upbringing, Seydoux didn’t grew up into a religious person. On the contrary. Her career takes credit for Lea not having the problem with nudity at all. At early age, Lea studied music at the Conservatoire de Paris, pursuing a career of opera singer. Strangely enough, one of the main reason why she quit was her shyness. But couple years later, new dream career enchanted her – becoming an actress. Being shy obviously slowed down her progress also here but she persisted and received her first role in 2006. It took two more years before young Seydoux (23 years old at that point) gained the valor to undress in front of the camera. Her role of Junie de Chartres, The Princess from Cleves, opened her new opportunities.

The table below contains information on everything from botox to boob job! Check out the status of all Lea Seydoux's plastic surgeries!

Check out these pictures of Lea Seydoux. Is there any plastic surgery involved?

There are no nail salons in Paris – it is very expensive to do a manicure. I sometimes get one done. 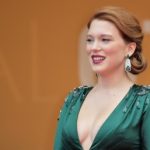 This is why I became an actress. So that people will take care of me. To be an actress is a refuge. You are taken everywhere, stay in wonderful hotels, everyone looks after you.

I found it hard to express myself in the world. I was very shy. I’m still very shy. But also, when I was a child, I could get very… I had this violence… I still get angry. But I don’t break things; I’m not hysterical.

I’m not as beautiful as a model.

I find it hard to be joyful on screen because I’m so tense.