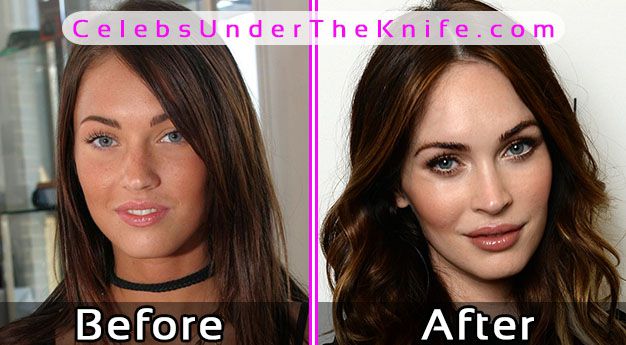 Why was Transformers such a huge success? Because it boasted the two things every man on the planet loves: cars and Megan Fox.

Boys love Megan Fox. Girls on the other hand, hate her. They think Megan Fox has had some number of surgeries to look so flawless and perfect – no human could look so superhumanly perfect. Boys think she’s the most perfect – and natural? – looking girl they’ve ever seen.

Turns out the girls are right. If the men of the world were to see an old photo of Megan Fox, they’d lose half of their interest in her in a blink. Was she that bad looking?

No. But she was less perfect. Her lips were not pouty and her cheeks were not so full, whereas her eyes were just as dreamy. Megan Fox’s real fox-y visage though came as a result of a few surgeries – and she rocks them like anything.

Has Megan Fox Had Plastic Surgery?

Do you believe the pics? Are they directly related to the before and after pictures of Megan Fox plastic surgery?