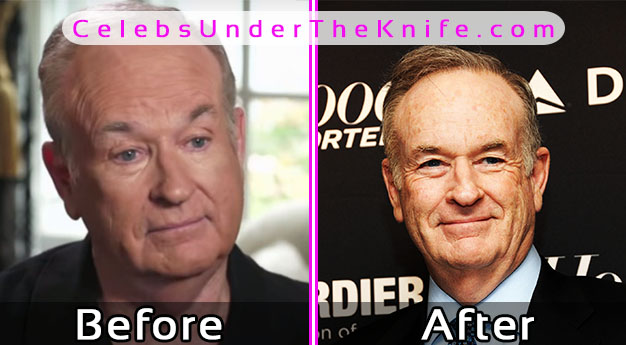 The famous commentator from Fox News hasn’t exactly had the best reputation someone in his position should. Although he is 67, he hasn’t always been wise on TV by being almost too vocal with his thoughts.

Bill’s bad personality occasionally makes people forget about the plastic surgeries he went for. Based on his before and after photos, people’s speculation about the TV host having undergone multiple face lifts doesn’t seem too farfetched.

Face lifts aren’t too rare in Hollywood so we would believe claims that Bill was asked to keep looking good on TV as a host and political commentator. He looks far too young for his age thanks to plastic surgery.

A lot of people also seem to believe that Bill had a neck lift, which is a procedure a lot of people opt for when their skin begins to show signs of aging. As long as he maintains his look, we expect Fox News to keep Bill O’ Reilly.

ENOUGH TALK! Time to decide! Let us know in the comments below whether you think Bill O’ Reilly has had plastic surgery or not.