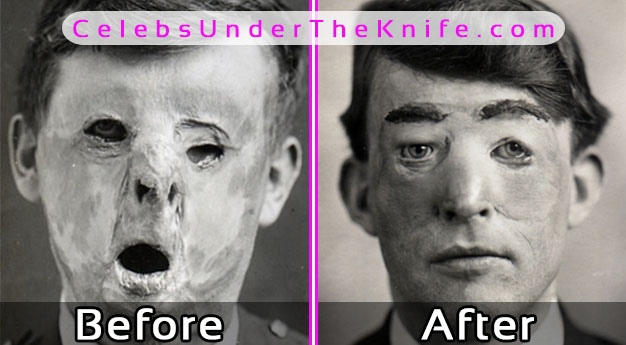 This Portsmouth born English sailor from World War I has had the most interesting and earliest cases of plastic surgery done on him. During the Battle of Jutland, he was severely injured and his face was brutally damaged.

When he was admitted to the hospital, the doctors decided to treat the wounds by using a skin flap as a veil. The flap was stitched on his face and took Walter a very long time to heal from it. This was a massive breakthrough in the surgery department at the time.

From his photos, it does seem like the surgery didn’t go too well but given the resources available to hospitals in that era, the doctors were proud of having come up with a way to change a person’s physical appearance.

Since then, cosmetic surgery has developed rapidly and now body parts can be changed flawlessly with minimal side effects from the surgery. Had it not been for Walter’s willingness to be operated, who knows how long it would have taken for plastic surgery to evolve?

Has Walter Yeo Had Plastic Surgery?

OF COURSE HE HAS! But was it worth it? LET US KNOW IN THE COMMENTS.