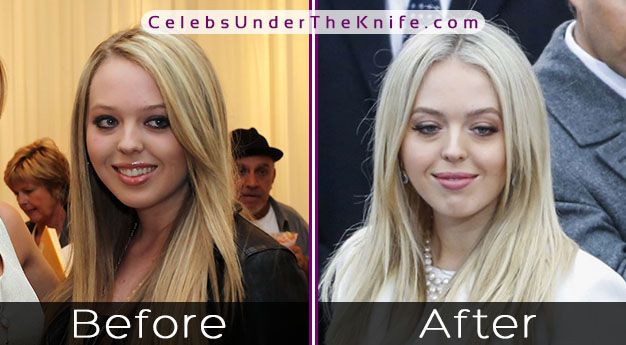 The 1993 born star (can we even say she’s a star?) has recently hit the top news sites around the world with new photos stirring up more plastic surgery rumors.

As you know by the second half of her name, Tiffany Trump is the daughter of Donald Trump – the 45th President of the United States. Tiffany was born to his second wife, Marla Maples.

Tiffany Trump is currently dating Ross Mechanic – who is not a mechanic.

On top of that, the model gig requires a good looking person standing in front of the camera (most of the time). And every now and again – that person takes it one step further and literally changes the way they look through the skilled hands of a plastic surgeon.

We’re here today to find out if Tiffany Trump can be included as one of those people. Specifically – whether or not she’s received plastic surgery. We’re talking nose job, lip injections, botox, or any of the other most popular cosmetic procedures in the states.

Let’s kick it off with the question we know is at the center of your mind (and her face) – her nose. As much as we hate to say it, no one can deny her nose does look a little bit odd.

Which is likely the reason so many people are wondering if it’s been the result of botched plastic surgery, or she simply got the short stick in the nose department.

From the before and after photos – it appears Tiffany hasn’t had a nose job.

Yep – you read that right. Despite the way it looks, it hasn’t changed. And that’s the most important part to note.

Clear indications of plastic surgery are discovered from massive overnight changes in the structure of a person’s face. With Tiffany – her nose has maintained the exact same shape and size all throughout her life.

Of course, that doesn’t mean it’ll never happen. Of all cosmetic procedures undertaken in the world, 8.2% are nose jobs (source).

And with her father’s Presidency only wowing the world more and more each day, it’s no doubt Tiffany’s fame will begin to increase as well. 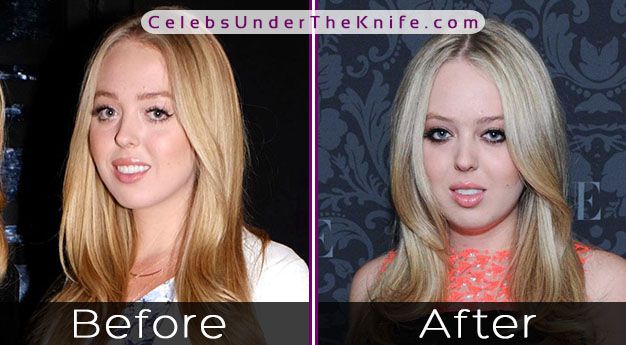 By other procedures, we mean the all time classics. Chin jobs, lip injections, botox, eyebrow lifts, cheek implants, the list is never ending. There is an end point, but never ending just makes it sound better, you know?

Back on track – Tiffany and cosmetic procedures. Yeah, from our perspective, and from the many before and after photos you’re seeing here today, the two just don’t match.

Tiffany is au natural. No evidence of her going under the knife in any photos.

Don’t believe us? Tell us. We want to hear what you’re thinking.

But seriously, show us the evidence of her plastic surgery? There simply isn’t any! And here at CelebsUnderTheKnife.com, we’re not one to side with the person in question easily.

If there were even the smallest sign of her going under the knife, we’d find it. Guaranteed. Well, maybe not 100% guaranteed…more like 70-85%. Yeah, that’s a good number.

One little segment we love to include in these in-depth analysis’ of your favorite stars, is the physical transformation they’ve gone through over their career – plastic surgery or not.

And Tiffany is no exception. So sit back, get a little bit nervous, and let’s take a look to see the difference between 2008 Tiffany, and 2017 Tiffany.

Cropped from the photo is the rest of her family, including her sisters and brothers. 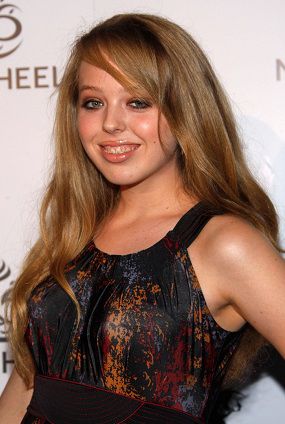 Spotted in Manhattan catching up on some shopping with her Mom (cropped left). 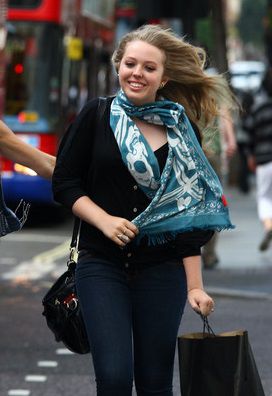 One of the first photos which sparked a few procedure rumors. Many people believed a nose job was an appropriate call to make based on it. 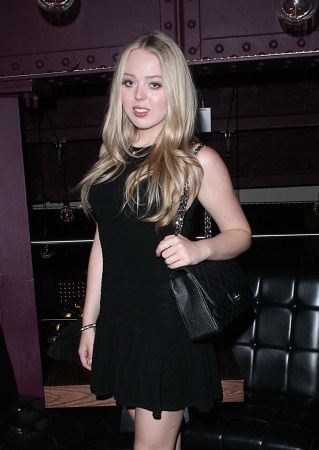 With her sister – Ivanka Trump (arguably quite a bit more famous than our Tiffany). Speaking of Ivanka – she has had plastic surgery (nose job). Check out all the before and after photos here. 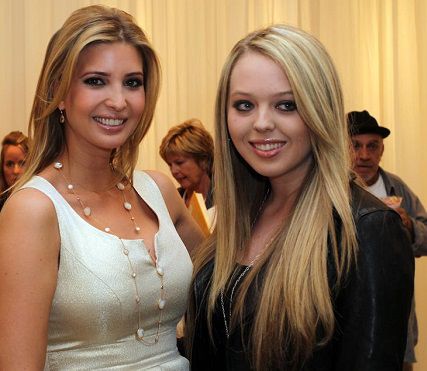 Bringing it up to 2013. Tiffany is photographed here at one of the launches for her dad’s show – Celebrity Apprentice. 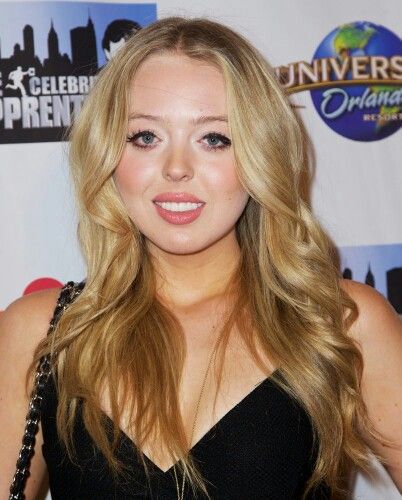 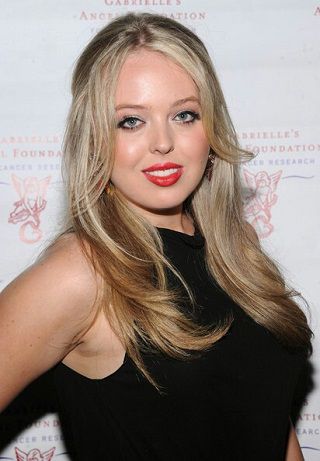 Having a bit of fun on Snapchat. A dangerous, dangerous tool as we’ve all come to realise. 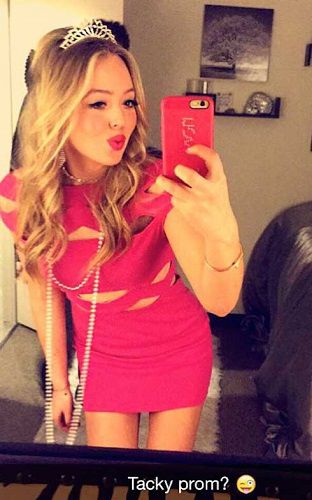 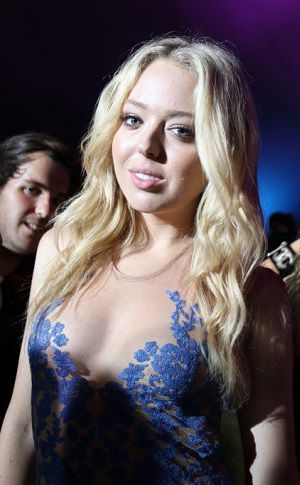 The year in which her father (successfully) ran for President. You can just imagine the boost her career is going to get from it. 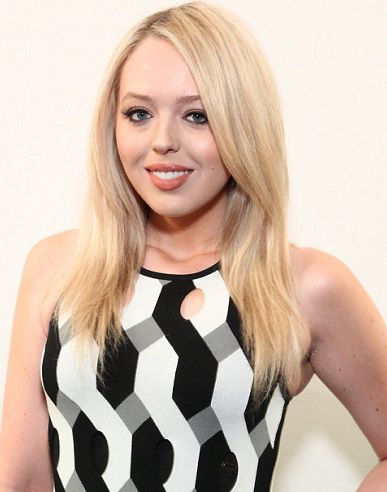 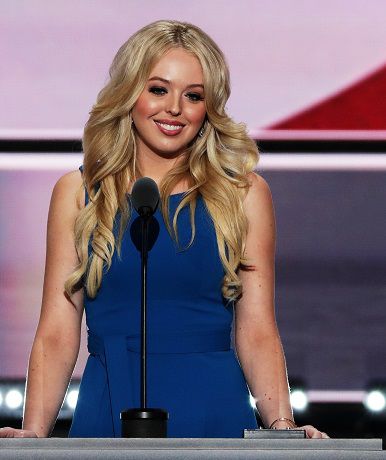 Wow. What a stark difference between being the daughter of a businessman and the daughter of the President of the United States. Tiffany has clearly been made aware of her position

Tiffany has clearly been made aware of her position now and is using it accordingly to in her fashion world. 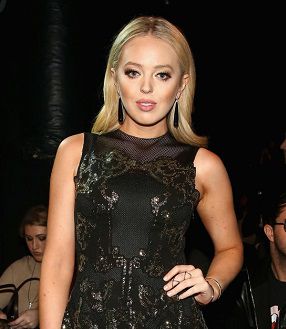 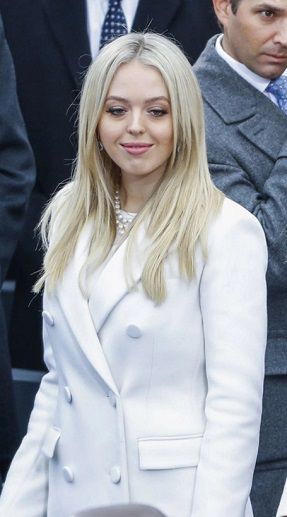 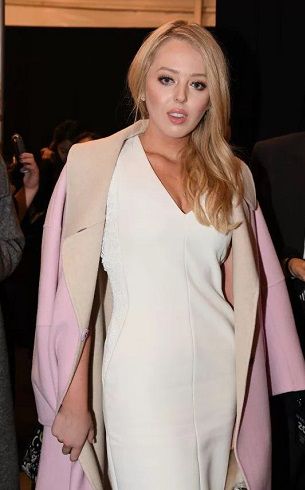 Has Tiffany Trump had plastic surgery?

Unlikely – the before and after photos just don’t seem to add up to it. But that’s just our opinion – what are you thinking? Tell us in the comments below.