You may not have heard her name for a while, but Kelly Rowland is definitely still kicking ass and taking names. Currently, Rowland is down under in Australia as a coach on the sixth season of The Voice Australia, set to premier early in 2017.

Of course, the star isn’t known for her coaching abilities, but rather her huge musical career in which she’s had multiple international hits. Her most famous songs were all released during the 2000s.

Hits like Dilemma, Stole, Motivation, and Work, are a few songs you’ll likely instantly recognize if they come on the radio. However, over the radio, you aren’t able to see and her. And if you’re able to see it now, you’ll be surprised at how much she’s changed. But has it all been natural?

That’s what we’re here to find out. We believe it hasn’t. From the before and after photos on this page, you can clearly see major changes in her facial structure around the nose and cheeks. Indicating signs she paid a few visits to the surgeon’s office. 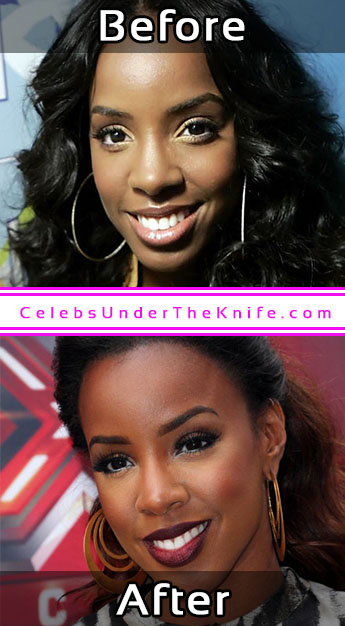 Has Kelly Rowland Had Plastic Surgery?

DO YOU BELIEVE THE PHOTOS? Has Kelly Rowland had plastic surgery or not? Tell us in the comments.