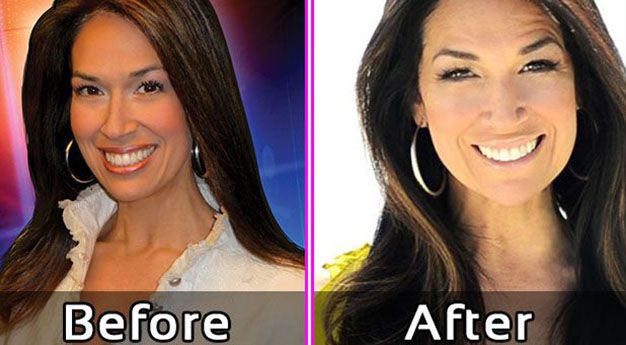 Aloha Taylor – the Hawaiian stunner who once worked as the weather anchor at KGMB and later as the morning weather reporter at KFMP with Fox 5.

She’s such a stunner, that she won the Miss Hawaii USA in 1996 – but has she received plastic surgery at any point after the fact? That’s for YOU to decide based on these Aloha Taylor photos.

Aloha Taylor’s husband is Gregory Campbell after they became married in 2005. Gregory is a surgeon operating out of Escondido, California.

We’re here to ask the question – Has Aloha Taylor gone under the celebrity knife and received plastic surgery?

What do you think from the pictures? Does it look like she’s had some sort of surgery to improve the look of her face? Botox injections perhaps? What about a slight facelift across the cheeks and a minor jaw correction near the chin?

TELL US WHAT YOU THINK IN THE COMMENTS BELOW!