Where are we heading? We’re heading to India! More specifically – WE’RE HEADING TO BOLLYWOOD! And today we’re checking out some of the absolute worst Bollywood plastic surgery fails.

Some have gone slightly wrong, others a medium amount of wrong, and then some have just jumped off the deep end. Either way, you’ll find before and after pictures of all 7 actresses in the list below.

We understand you might start to question why some of these celebrities have opted to go under the knife when you start scrolling, and the answer? God only knows.

Nearly every single one of the Bollywood stars were incredibly stunning in their before photos, then the plastic surgery wave hit, and they turned into something many hearts will no longer desire.

Gauhar Khan – a famous Bollywood star only making her debut on the big screen recently in 2009 in Tash Raj Films’ Rocket Singh: Salesman of the Year.

But what kind of plastic surgery has she actually had? CAN YOU GUESS from the photos? No? LIP INJECTIONS!

It was such a disaster that when the operation occurred in 2011, the star had to literally cancel a shoot of her reality TV show because she was so disappointed with the final result.

Oh, Anushka, our favorite Bollywood actress from films such as Sultan (2016), PK (2014), Jab Tak Hai Jaan (2012), and Bombay Velvet (2015). Why oh why did you have to go under the knife and end up on this Bollywood Plastic Surgery Disasters Gone Wrong list.

You were perfectly fine before having any operations!

She has, of course, been propelled forward in her career due to forming a relationship one of India’s most famous men – Virat Kohli – the current captain of the Indian National Cricket Team. 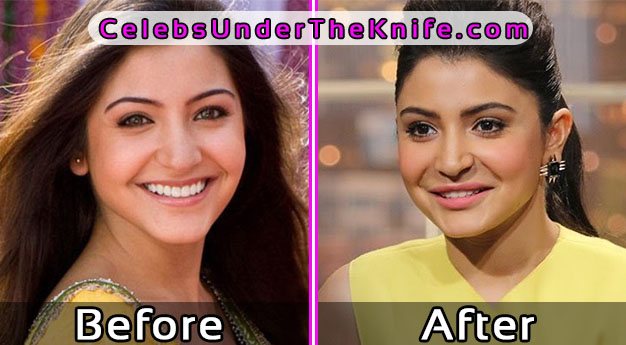 Koena Mitra is one of the more unfortunate Bollywood actresses to appear on this list. She initially made her way into the scene through a number of hit movies and her crazy ability to dance in ways we never could imagine.

Unfortunately, she made the worrying choice to opt for a nose job early in her career which led to disastrous consequences to follow.

Here’s what Koena said herself regarding the botched surgery procedure:

With the giddying attention, came the disastrous decision – to get a nose job. “After the surgery my bones started swelling up. Even the doctors gave up and said that only medicine and prayers will work.

Damn. So it wasn’t even the doctor’s fault, just an unlucky turn of events in which her body rejected the plastic surgery. She went on to further add:

I sat at home initially. But I could not take it any more and started going out with that face of mine. It was a brave decision, especially for someone in the limelight. I didn’t hide anything. But people spoke and wrote the worst kind of about me.

She’s gone back for many surgeries again to try and fix the mistakes that were madein the first, but it’s been a tough journey. Hopefully she’ll be back to her beautiful self soon! 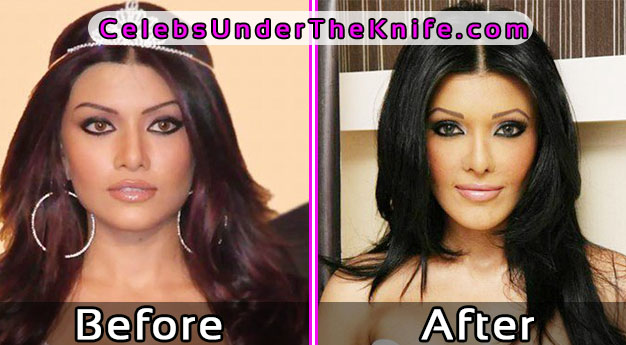 Who is Shazahn Padamsee and why should you care? She’s one of the MOST FAMOUS BOLLYWOOD ACTORS – THAT’S WHY!

Not only that, she’s the daughter of some of India’s most famous actors – Alyque Padamsee and Sharon Prabhakar.

SO WHY we ask. With well-off parents, and a great career underworks in the Bollywood industry – would she go under the knife for lip injections?!?!

If you can figure out the reasoning behind her thoughts – LET US KNOW IN THE COMMENTS BELOW.

Juhi Chawla was by far one of the cutest, and most adorable actors to appear on this list in the before photos. NOTE – BEFORE PHOTOS.

She made the extremely poor decision to opt for a nose job (rhinoplasty), as well as the multiple uses of botox injections around the face, have left her in the Top 3 of celebrity plastic surgeries gone wrong in Bollywood.

Just take a look at the after picture on the right – SHE CAN BARELY SMILE!

If you can’t already tell from your eyes taking a peak at the before and after photos – Kangna Ranaut has gone under the knife multiples times – having received plastic surgery across prominent locations on her body.

Here’s a list of the surgeries the Bollywood actress star has received over her career – Lip injections, breast implants, nose job, and an eyelid correction.

HOPEFULLY, just hopefully, the star will realize how negatively plastic surgery can affect yourself, and try and remain free from the knife in future years.

Once you see the photos, you’ll completely agree with us that Rakhi Sawant is most deserving of the number 1 position on the worst plastic surgery disasters in Bollywood.

Rakhi is one of those stars who is constantly showing off, boasting to the world about all the achievements she’s completed in her life – no matter how big or small. We’re sure you all know someone like that in your life at the moment.

She’s gone under the knife nearly too many times to count on both hands – having received multiple nose jobs, lip injections, liposuction, and breast implants. 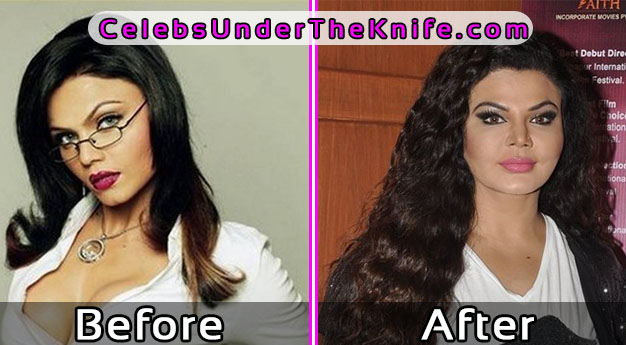 IntroductionYES! Finally, we can write about something positive! Although the vast majority of plastic surgeries do indeed end up in disasters, there are some which…

IntroductionWant to see some of the craziest – WORST PLASTIC SURGERY FAILS EVER? You’ve come to the right place. Once you start scrolling below, you…